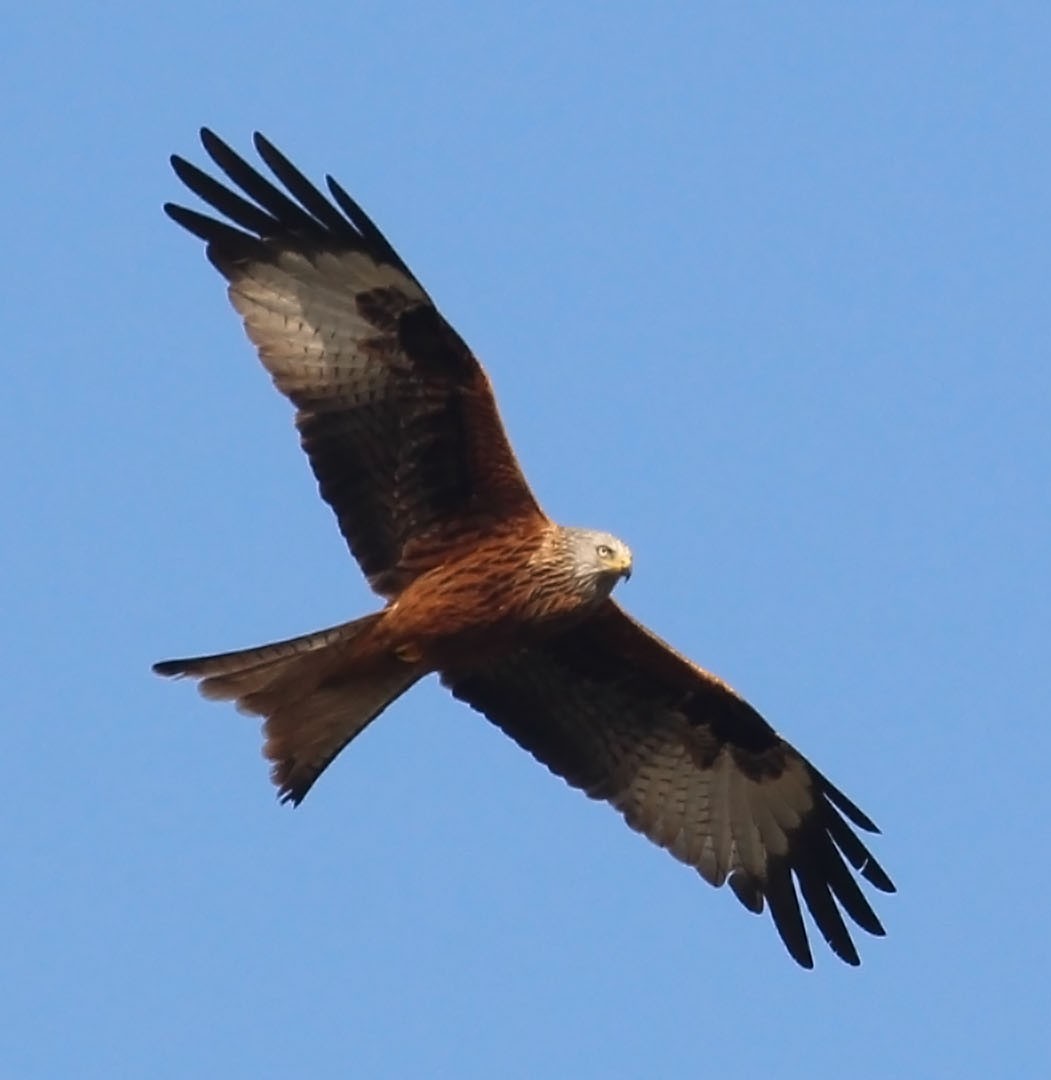 The Chilterns is one of the best places in the UK to see red kites, thanks to a successful re-introduction project between 1989 and 1994.

Discover some great spots to see them and find out more about these magnificent birds of prey.

Red kites were driven to extinction in England by human persecution by the end of the nineteenth century. A small population survived in Wales, but there was little chance of these birds repopulating their original areas.

Between 1989 and 1994, kites from Spain were imported and released into the Chilterns by the RSPB and English Nature (now Natural England). Red kites started breeding in the Chilterns in 1992 and now there could be over 1,000 breeding pairs in the area. The reintroduction has been so successful it is not possible to monitor all the nests, so the overall size of the population can only be estimated.

Since 1999, chicks have been taken from the Chilterns to reintroduction sites in other parts of the country.

The red kite reintroduction has proved to be one of the greatest conservation success stories of the 20th century.

In the United Kingdom, populations of red kites now occur in: 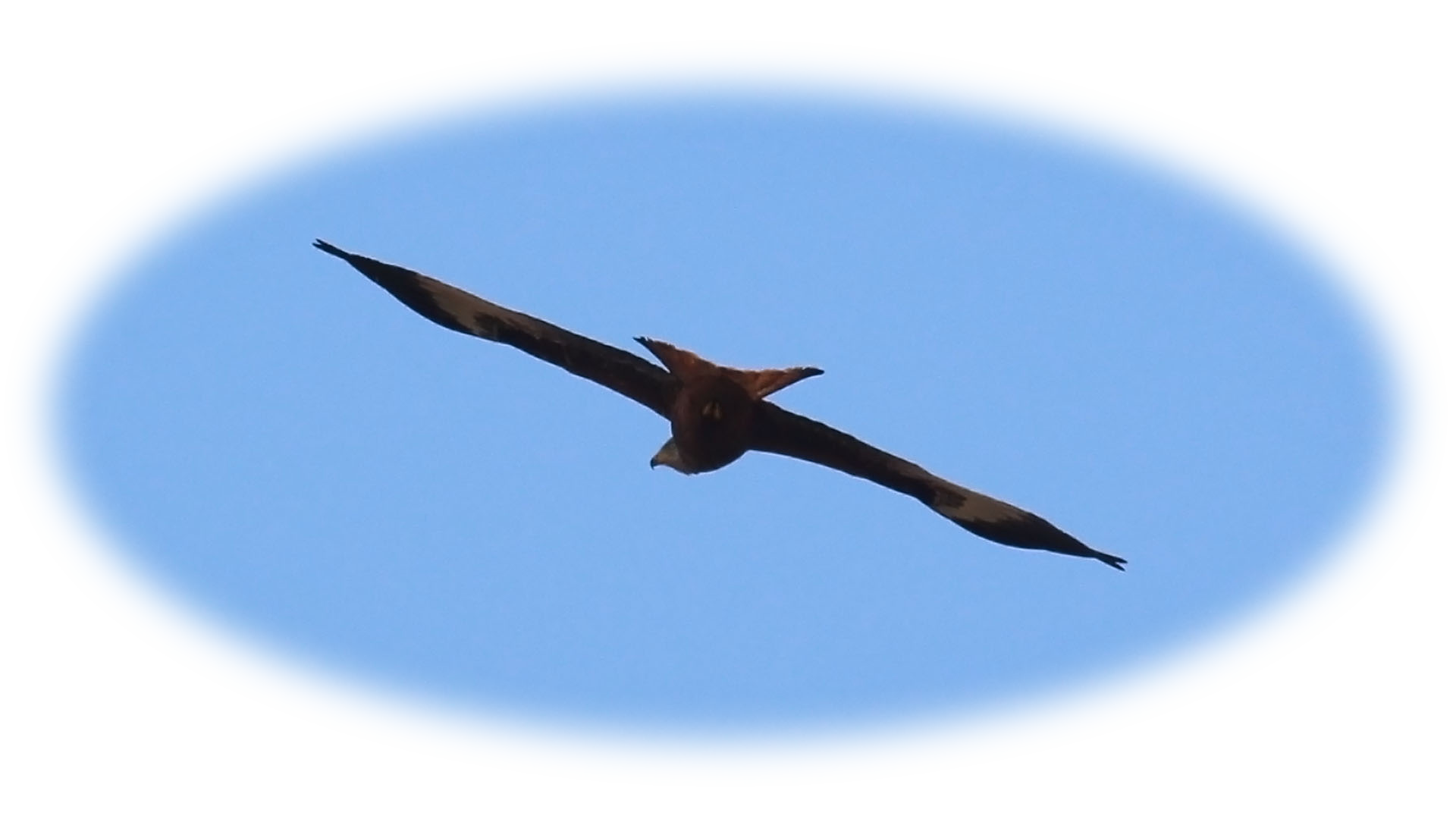 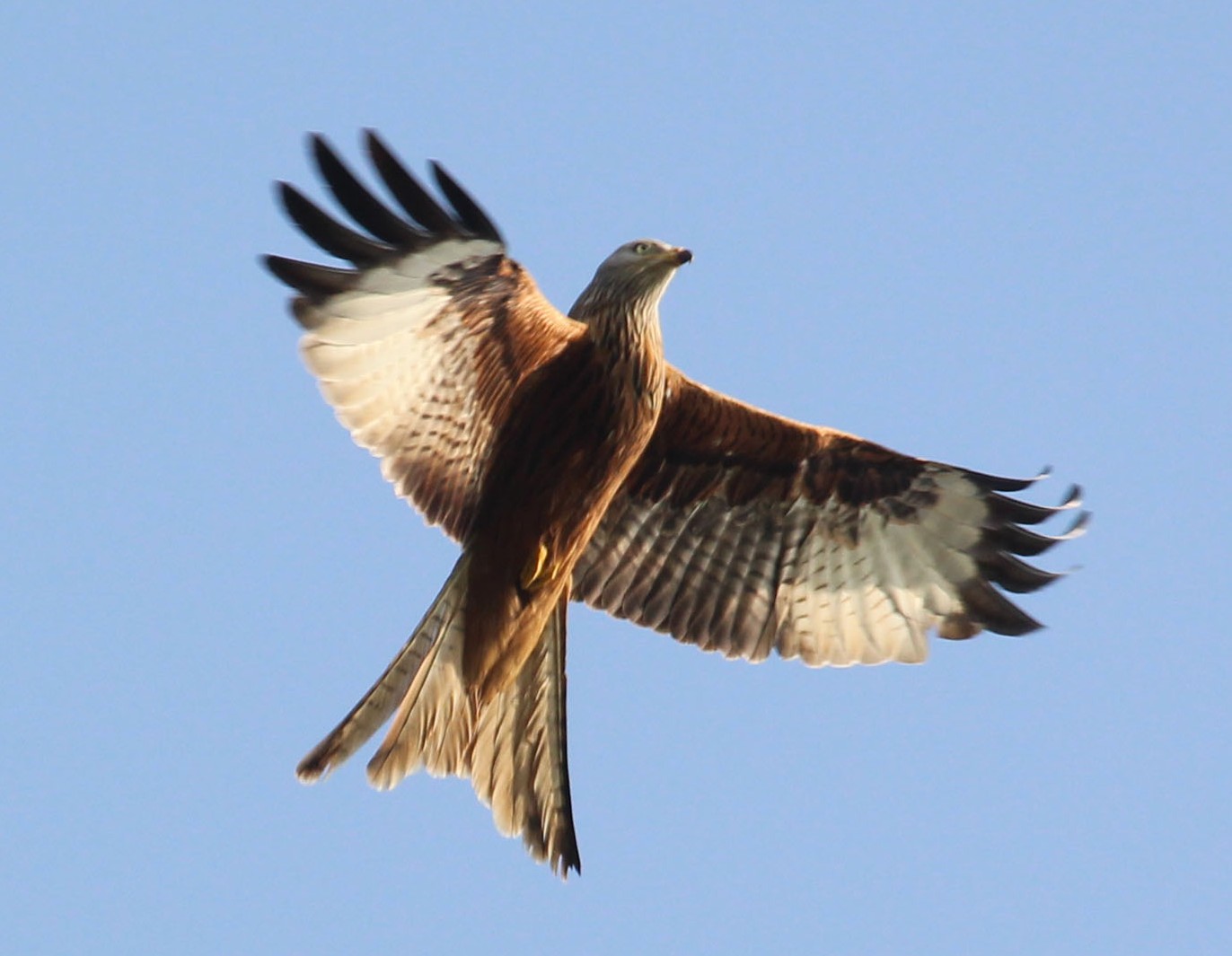 In March, kites begin to spend more time in potential nesting areas. They will use nests abandoned by other birds, or will build their own in tall trees. The nests are made from large sticks and are normally lined with wool, which the birds collect along with other unusual items such as pieces of plastic, and sometimes even items of clothing.

By mid-April the female lays up to four white eggs, flecked with light brown, of which one to three usually hatch after 34 days. The young birds fledge in about six to seven weeks and will remain with their parents for a further week to ten days.

Red kites mainly scavenge on dead animals, but are opportunistic hunters, capable of killing small animals. They will feed on chicks, small mammals and invertebrates such as beetles and earthworms.

The belief that kites killed lambs and gamebirds led to their widespread persecution in the past. Although they do not habitually prey on larger animals or birds, isolated reports of them attempting to take larger live prey such as rabbits, squirrels, chickens and partidges have been received. They will thrive on dead lambs and pheasants.

A kite’s territory varies depending on the abundance of food. Where food is plentiful, large numbers of kites can be found living together. 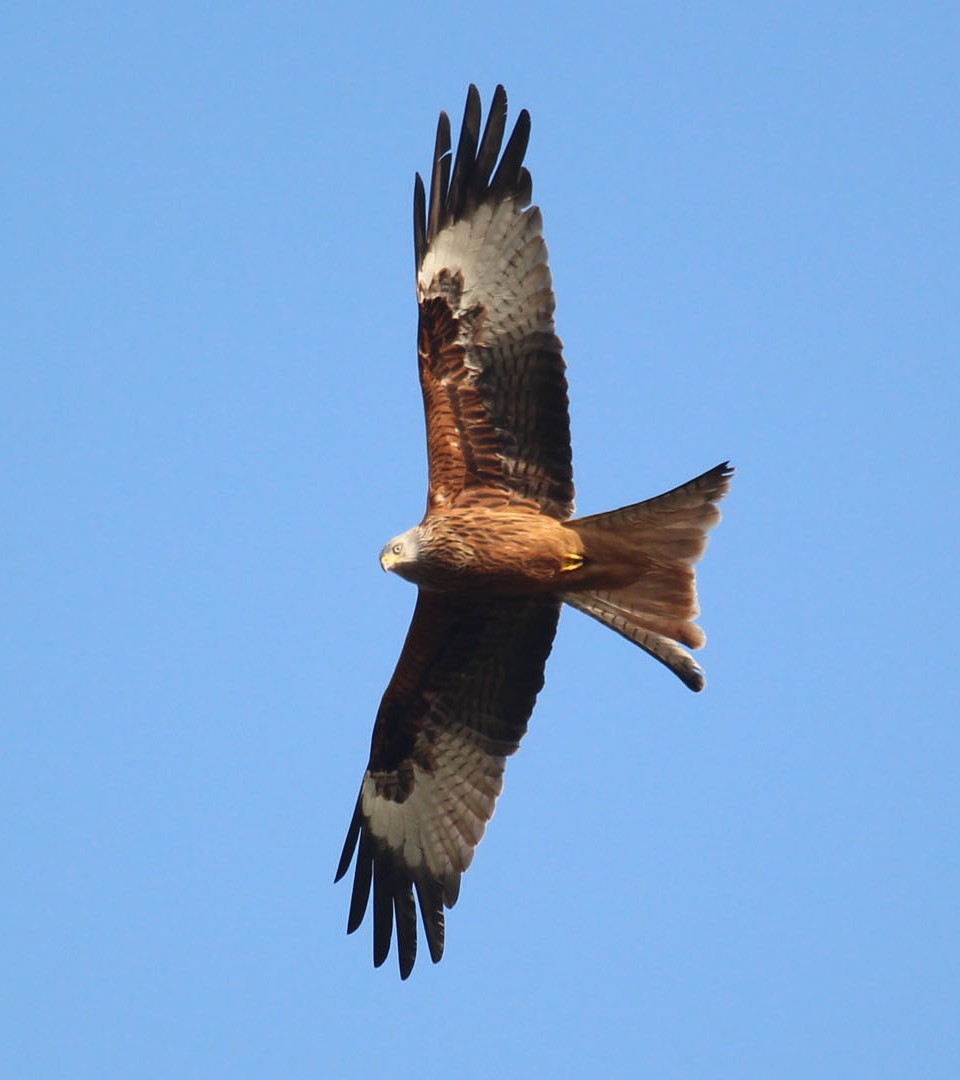 In June each year, young kites are fitted with coloured plastic wing tags, marked with an individual letter, number or symbol. A different colour is used each year, so the birds can be aged. This work is carried out by the Southern England Kite Group.

From 1998 onwards, the yellow tag indicated a Chilterns bird and the other colour indicated the year. This is because chicks were hatching in other re-introduction areas from this time.