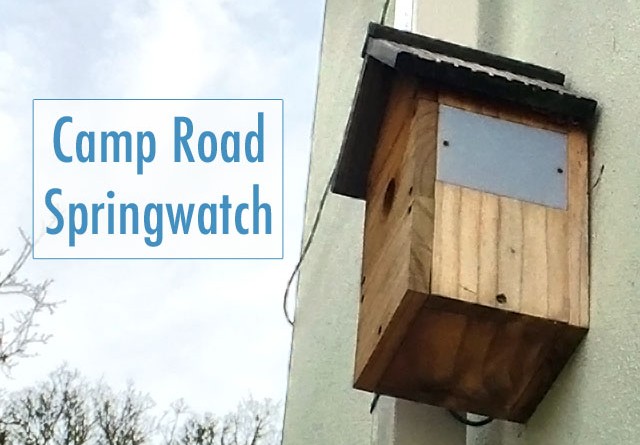 Spring is definitely in the air and our camera nest box has lots of activity. This is very exciting as the nest box has been up for two years with no interest shown in it until now.

It all began around 2nd April 2016 - I will refer to this as Day 1. We turned on the camera, as we had done previous years, just to see if by chance anything had changed. I originally put some leaves and bits of grass in the box so it was possible to detect if a bird had visited by the fact things had moved around. To our surprise the box had been cleaned out of almost all material. Then a blue tit flew in, it was shuffling and fluttering and what surprised us most was it was pecking too. The pecking on the base of the box was like a woodpecker and it was very determined. 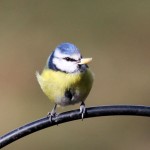 This prompted us to do some research on Blue tit activity particularly as to why our Blue tit was hammering like a bird possessed at the bottom of the box. It seems our Blue tit was most likely a male and after clearing the potential nest site would start to do some nest building and try to attract a mate. But as to why they hammer there was no conclusive information.  Some reports said it may be testing the wood to see if it was rotten as building a nest in a tree the wood could be potentially on soft or rotten wood. Other suggestions were: to make some noise to attract a mate, it could be looking for insects to clean out from the wood and lastly because Blue tit's beaks are tough and relatively long and pointed it was to do with sharpening and cleaning the bill.

With all this activity and interesting behaviour I thought it worth sharing it in a video diary. So below are videos showing the progress of the nest building and (fingers crossed) some eggs laid and chicks being raised. I'm afraid the quality of the video isn't the best, as the nest box camera connects via a cable to a television and the easiest way to capture the video is to point a mobile phone at the TV screen. But it's very interesting to see and hear the behaviour of the birds, see how the nest is 'constructed' and assuming we get eggs, then how the chicks are raised.
NOTE: I will post the latest video at the top, i.e. start with Day 1 video at the bottom

The nest box was purchased complete with camera/mic for about £40. The box has half white perspex sides to let more light in without being transparent. The camera connects via a cable (it came with about 10m) to TV SCART plug which also has a small power adapter wired to it for permanent power. We mounted the box on the north side of the house just around the corner from our bedroom window to allow access for the cable to our TV. Nest boxes are best mounted on North or East facing locations to avoid direct sun. The camera isn't great resolution but does produce good pictures at night.
(I must admit it's more interesting and exciting than watching a lot of the programs you get on TV these days)

Here is some more video from this morning (Monday 9th May). The chicks are already more lively and I can only see 1 or 2 eggs left to hatch. The chicks are fed on grubs etc rather than bird seed so they get the best protein intake and I guess they are easier to swallow too (although watch out for one chick that gets a massive grub shoved into its gaping beak). I watched some tits (long tail and Great tits as well as blue tits) in a nearby oak tree flitting from branch to branch, then one flew directly to the box - it was the hen bird.

We have babies....(no we are not grandparents... yet 😉 )
Yesterday (Sunday 8th May and Day 36 for this blog) our blue tits became proud parents. We wonder if the sunshine and hot weather over the weekend was a factor in them possibly hatching slightly early?
At least 5 of the 10-12 eggs hatched and Sue, by chance, managed to catch some of it on her iPhone. I have edited the 'best bits' together.
We have discovered our blue tits make a new sound to attract the chicks attention...listen out for a 'chuck chuck....chuck' sound when they enter the nest box with food.
Its worth watching the video to the end to see what happens to the egg shell....

We think our blue tit started incubating about a week ago (27th April), so probably has another week to go before the chicks begin hatching (11/12th May). We are guessing there are about 12 eggs as we can only see just over half the nest and 8 eggs are usually in view. The hen blue tit often pops out of the nest during the day time for a minute or two but never for long. Sometimes it seems she is checking on her partner to see if he has brought food for her (as in seen in the video).... which he seems to do fairly regularly.

WE HAVE EGGS...
It's so eggciting 🙂 ....apparently blue tits will lay an egg each day (usually 8-12 eggs) but they won't start incubating them until they are all laid. We think our blue tit has laid 3-4 eggs so far. During the egg laying period they leave the nest for most of the day to eat as much as they can in preparation for sitting on the eggs. Incubation can last 13-15 days with the only food coming from their partner (if he's nice and caring).
(by the way this is a still image, not a video as nothing else was happening) 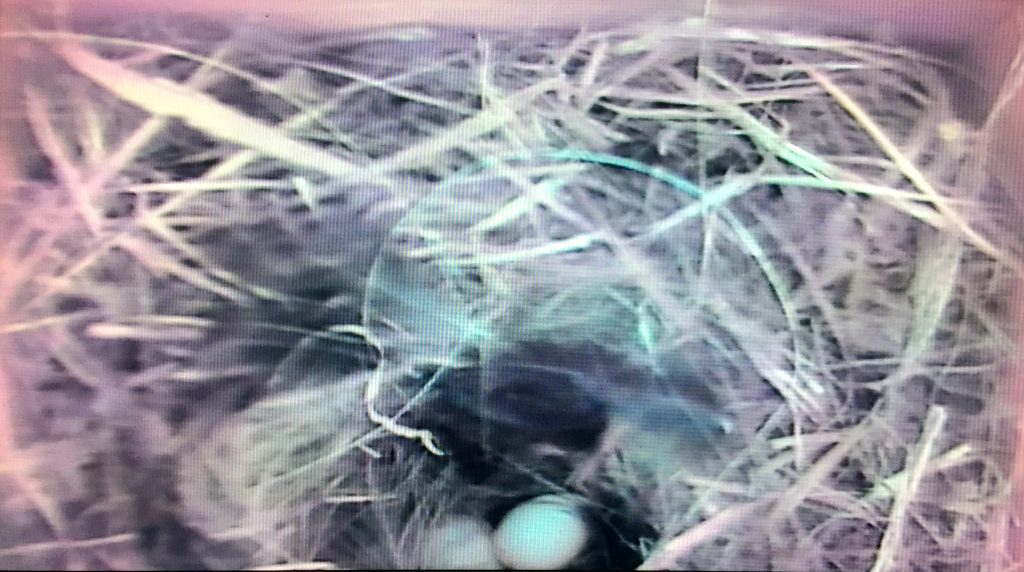 Straw, fur (looks like dog fur) and feathers are all going in now. Our Blue tit is doing a fantastic job! Goodness knows where she finds it all. By the way, the three visits to the nest shown in this video were actually 15 minutes apart.

...well there's our answer about covering the floor! Some SERIOUS work was done yesterday! The nesting material is now everywhere and deeper than blue tit height. Last night the female roosted in the bottom left corner which is looking like the area where the eggs will be laid. (It's worth comparing with earlier videos to see how much material has been brought in)
Note: since Day 1 a bird has roosted in the box overnight.

I managed to capture a rare moment this morning when the male brought some food for the female while she was nest building (make sure sound is on from beginning) .... Very caring and sharing

Nest building is happening by the beak full now....getting exciting. But we are wondering if they will ever cover the floor?? Egg laying can't be too far away now. Apparently they can lay 8-12 eggs even as many as 16!!

...well a few days ago it was all looking a bit desperate. Our headbanger was still having a good old bash at the nest box floor and then started removing moss, emptying the nest box!!!! (NO we shouted at the screen - what are you doing?)
Anyway yesterday everything turned around. Our male blue tit seems to have 'got lucky' and attracted a mate to the box. We have even seen him feed his partner (which was accompanied by hissing sound)...so he must be a nice guy . Now we think the female has taken over and nest building has started in earnest and is being done properly (My wife says that's typical 🙂 ) . The black blobs in the bottom are just bits of mud as its been raining quite a bit and everything is muddy.

nest building has begun....it's not quick, just a few beak fulls each day and still seems to involve a lot of head banging!!! Very strange but interesting to watch.
We suspect this is a male bird who is trying to show off his find of the 'perfect nesting site' to attract a mate. The vigorous tapping may be designed to attract attention as he sometimes looks up or pops his head out of the box as if checking for attention.
The bird roosted in the box last night and the night before.

Note you can see bright spots in the floor of the nest box where bits of wood have actually been stripped off.

....and after two years we have some action in our camera box....but this blue tit thinks it's a woodpecker?!!